Davis Schneiderman is a multimedia artist and writer and the author and editor of eight books, including the novels Drain(TriQuarterly/Northwestern) and Abecedarium(Chiasmus) and the forthcoming blank novel,Blank: a novel (Jaded Ibis); the co-edited collections Retaking the Universe: Williams S. Burroughs in the Age of Globalization (Pluto) andThe Exquisite Corpse: Chance and Collaboration in Surrealism’s Parlor Game (Nebraska); as well as the audiocollage Memorials to Future Catastrophes (Jaded Ibis). His creative work has appeared in numerous publications includingFiction International, The Chicago Tribune, The Iowa Review, TriQuarterly, and Exquisite Corpse.He is Chair of the English Department at Lake Forest College, and also Director of Lake Forest College Press/&NOW Books. He edits The &NOW AWARDS: The Best Innovative Writing.

Schneiderman is the author of the DEAD/BOOKS trilogy of conceptual works: Blank, [SIC], and Ink

“Have you ever felt an almost uncontrollable calling to do something in particular—something your friends and lovers and parents, hell, your mail carrier, all think is crazy—something so risky that the entire course of your life might be altered in the mere contemplation of the activity?

Just thinking about this astounding yet improbable possibility before you could transform, nay, transmogrify the mundane world thick with broken, feckless sycophants that surround you at work and get first dibs on the fresh coffee and the promotions into a shining city on the hill, as our Puritan forefathers believed, a shining beacon of civility in which you, the Bodhisattva of sorts, emerge each morning from your bed fresh and sharp like a dew-covered blade of spring grass, and so use your newly attained state of grace to help others see that their concerns are petty, trivial, transient, and that the true beauty of the human spirit lies in the contemplation of that which is beyond our daily, quotidian morass.” 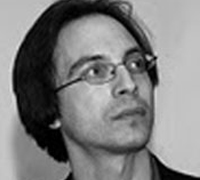