Elizabeth Earley holds a BA in Creative Writing and an MFA in Fiction from Antioch University Los Angeles. Her stories and essays have appeared in Time Out Magazine, The Chicago Reader, Geek Magazine, Outside Magazine, Gnome Magazine, and Hyper Text Magazine. Other fiction has appeared in The Windy City Times Literary Supplement, Hayden’s Ferry Review, The First Line Magazine, Story Week Reader, Fugue, and Hair Trigger. The Hair Trigger piece won the David Friedman Memorial Prize for the best story in that anthology. Elizabeth has twice been a finalist for the AWP New Journals Award, has received two pushcart nominations, and was a finalist for the 2011 Able Muse Write Prize for Fiction and for the Bakeless Literary Prize for Fiction. A novel excerpt, “Backbone”, won an Honorable Mention in the Glimmer Train March 2014 Fiction Open contest. Elizabeth’s book was a finalist for the 2014 Lambda Literary Award for debut fiction.

Elizabeth Earley is the author of A Map of Everything

Two years after the publication of A Map of Everything, Elizabeth acquired Jaded Ibis Press from Debra Di Blasi along with three co-owners: Lily Hoang, Natashia Deon, and Zoe Ruiz. Learn more about the team here.

“It’s never safe to write about one’s family and one’s truth. And the decision to write a novel wasn’t inspired by a desire to protect my family. Rather, it was inspired by my love of fiction and the form of the novel. I’ve long admired writers who’ve pushed the form, evolving it into something better and more intricate. My goal was to push the form even further. I wanted the novel to be suggested by facts, by my own real experiences, but not bound to them. Still, when we write what we know and what we’ve lived through, the voice is so authentic that people inevitably take it as literal truth. For example, my publisher actually thought that at one point. She was ready to position the book as a memoir, and this was after I signed the contract. I told her that, although inspired by real events, the book is fiction. She was particularly disappointed to learn that my mom in real life didn’t give birth to twins on her bathroom floor.” 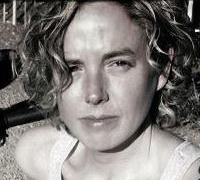 Connect with her on LinkedIn