Joe DiBuduo grew up poor in Boston. He led a troubled childhood and spent time in reform and training schools. As an adult, the house of corrections beckoned him, and he spent time there too. A quick turn of fate led him to California and then Chicago, where he married and had children. He spent the next thirty years working as a construction painter in many states, heading wherever the jobs could be found. DiBuduo is now retired and lives in Prescott, Arizona, where he studied Creative Writing at Yavapai College. Anger used to be a daily part of his life until he began to write. Now if something upsets him, he writes about it. DiBuduo is the author of A Penis Manologue: One Man’s Response to The Vagina Monologues; a children’s book; and collections of flash fiction and lyrical flash fiction. He’s also the author of poetry, short fiction, and children’s stories published in online journals and in print anthologies.

Joe DiBuduo is the author of Crime a Day.

“I wrote a story for my daughter about homosexuals when I was 66. I researched the subject and had my lifelong beliefs turned upside down. I totally changed my negative opinion of homosexuality. The research intrigued me so much that I decided to become a writer so I’d have a reason to do research. Every novel or short story I write now causes me to research subjects I never would have otherwise.” 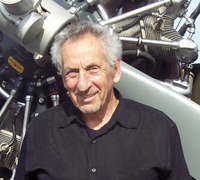