Cris Mazza is the author of over 17 books, including Various Men Who Knew Us as Girls, Waterbaby, Trickle-Down Timeline, and Is It Sexual Harassment Yet? Her first novel, How to Leave a Country, won the PEN/Nelson Algren Award for book-length fiction. Mazza has co-edited three anthologies, includingMen Undressed: Women Writers on the Male Sexual Experience. In addition to fiction, Mazza has authored collection of personal essays, Indigenous: Growing Up Californian. Currently living 50 miles west of Chicago, she is a professor in the Program for Writers at the University of Illinois at Chicago.

Mazza is the author of Something Wrong With Her

“Recently, someone on FB posted how difficult it was (for her) to write good, serious and meaningful sex scenes. Then, almost immediately, she followed-up and posted that she was good at doing it, she just didn’t know why she wasn’t good at writing it.  Firstly, not a surprise: that someone who was good at “it” wasn’t good at writing it, because a lot of people have difficulty writing “it” (even though I never seemed to have had that trouble). What struck me about this post was two other things: (a) being good at “it” is something she wanted to make sure everyone knew, and that no one assumed not being able to write it meant she didn’t “do it”… and do it well!  And (b) it was easy for her to confess being bad at writing it but good at sex. Could she have confessed to the converse, being bad at “doing it” but successfully pretending to do it in writing? Culture has now decided that’s the more devastating admission. Are we still cowed by the popular/cool girls who were bragging about having sex in junior high? We thought, “What’s wrong with me”?  Among the other things this book proposes to address, to accomplish, to solve, it does try to answer that … in some ways without altering the word “wrong”…but perhaps shifting the spotlight.” 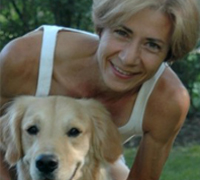