The Sickness, a disease with unknown origins, is killing white children in the antebellum South, but Perpetua, an enslaved woman, is facing something much more devastating: Her daughter Meenie is missing. What she finds in her search for her child will change her life forever.

By fusing the past and the present with the power of prose and poetry, The Benefits of Eating White Folks sheds light on many of the current issues Black women

face today when it comes to mental and maternal health.

Leslie T. Grover is a Black History writer and community scholar-activist. She is the founder of a small nonprofit, Assisi House, Inc., which uses the power of story to build the capacity of vulnerable communities. Her work in Narrative Medicine, social justice, and Black History has inspired this book. A native of Charleston, Mississippi, she is an unapologetic Black Southern woman, and this extends itself into her writing. Leslie’s work, which focuses on Black women characters, seeks to reveal the past in a way that honors art, the Black writing tradition, and her own deeply rural voice. She currently lives in Baton Rouge, Louisiana.

Bowie doesn’t intend to kill his mother—he just wants to collect his social security check from her. But when she throws around words like hallucinating and tells him he’s “hearing things,” his fear is triggered, and he takes action. This event, coupled with a history of reported psychotic episodes, an assumed gambling addiction, and his sexual preference for other men, sets him on a collision course with mental health professionals, the police, and the prison system. Along the way, Bowie explores a relationship with another Black man who encourages him to question a system that refuses to listen to him when he claims his medical regimen is causing adverse effects and who encourages him to find his own voice, free of his mother and the stigma of mental illness. But he faces another barrier: the shimmer that follows him and whispers vile things. Can Bowie find his voice despite these hurdles?

David Jackson Ambrose has an MFA in Creative Writ

His debut novel, State of the Nation, was a 2018 Lambda Literary Award finalist in the Gay Fiction category. His second novel, A Blind Eye (NineStar Press) was named by Lambda Literary as one of April 2021’s most anticipated books.

He has over twenty years’ experience working in the social services field with special needs populations with intellectual and developmental disabilities and behavioral health issues.

When Leah’s mother is diagnosed with Alzheimer’s it becomes clear that there will be no reconciliation with the woman who has played a big and dangerous role in her life. As Leah chronicles her mother’s descent into nothingness, she both mourns and recreates the life her mother might have led.

Shivah, constructed in seven parts to mimic the seven days of shivah, the Jewish period of mourning wherein the mourners enter the home of the bereaved and sit and pray with them, contains a spiritual and emotional journey marked by joy, happiness, peace, true knowledge and, ultimately, understanding. 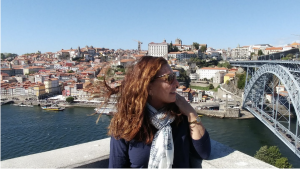 has been writing since the age of eight and publishing since the age of seventeen. She has pursued numerous careers and held a number of jobs over the years including journalist, public relations expert, advertising copywriter, freelance writer and novelist, waitress, short order cook, switchboard operator, secretary, and she has suckered tobacco.

She is the mother of two grown children: a scientist and a singer/songwriter. Although she is a born and bred Southerner, she has lived in New England, Paris, Oxford, England, Tennessee, and Virginia. Lisa is married and currently lives in Savannah, Georgia. A lifelong writer, Lisa Solod finds listening to and telling stories just about the best thing in the world. 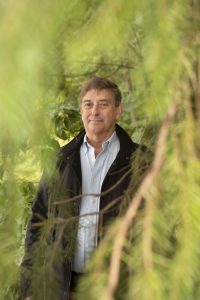 In First Consonants, Brian grows up a normal boy in the suburbs except for one thing: he stutters. Using his fists whenever words fail him, his acts of violence are exacerbated by the abuse he suffers as a teenager at the hands of his parish priest and by others close to him. As an adult, he cannot shake the uncontrollable rage that he feels towards his family and the rest of speaking society, and ready to finish his life in isolation, Brian moves to Alaska. Here, he is confronted with the chance to redeem not just himself but the world.

John Whittier Treat has published numerous short stories—one was the winner of the Christopher Hewitt Prize and another was nominated for a Pushcart Prize. He is the author of a novel, The Rise and Fall of the Yellow House (Big Table Publishing Company), a finalist for the 2016 Lambda Literary Foundation for Best Gay Fiction, and a novella, Maid Service (JMS Books), published in 2020. He was a finalist for both the fiction and poetry prizes in the 2021 Saints & Sinners competition. His opinion pieces have appeared in The New York Times, HuffPost, and Out magazine.

Unwieldy Creatures, a queer, gender-swapped retelling of Frankenstein, follows the story of Plum, a queer biracial Chinese intern, who, in letters to an unknown recipient, reveals the story of Dr. Frank and her creation. When Dr. Frank offers Plum an opportunity to become part of her next project, Plum must decide the price—and risk—of ambition.

Addie Tsai (she/they) is a queer, nonbinary artist and writer of color who teaches courses in literature, creative writing, dance, and humanities in Houston. She teaches in Goddard College’s MFA Program in Interdisciplinary Arts and Regis University’s Mile High MFA Program in Creative Writing. They collaborated with Dominic Walsh Dance Theater on Victor Frankenstein and Camille Claudel, among others. She holds an MFA from Warren Wilson College and a PhD in Dance from Texas Woman’s University. Addie is the author of the young adult novel Dear Twin (Metonymy Press). Their writing has been published in Foglifter, VIDA Lit, Banango Street, The Offing, The Collagist, The Feminist Wire, Nat. Brut., and elsewhere. Addie is the Assistant Fiction Editor at Anomaly, Associate Editor at Raising Mothers, and Founding Editor & Editor in Chief at just femme & dandy.

Finding La Negrita is a captivating retelling of the Black Madonna narrative, which has driven Costa Rica’s national and spiritual identity since the 1700s. Following the story of Dakari, a famed African sculptor who must buy his freedom once he is stolen into slavery, and his daughter, Jendayi, Finding La Negrita spans time and space as it captures their grapples with love and legacy, secrets and sacrifices, and the line between freedom and enslavement.

Natasha Gordon-Chipembere, PhD, is a professor 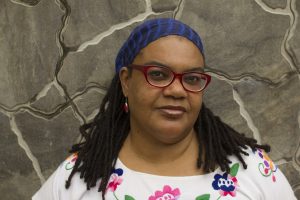 of African Diasporic literature. She is the author of Representation and Black Womanhood: The Legacy of Sarah Baartman (Palgrave), and her writing has been published in Essence Magazine and in Tico Times as the monthly series “Musings from An Afro-Costa Rican.” She is a senior co-editor with Dr. Eduardo Paulino of the AfroLatin@ Diasporas book series from Palgrave, where they prioritize the voices of emerging Afro-Latin@ scholars. Her current writing focuses on slavery and the legacy of Afro-descendants in Latin America.

Gordon-Chipembere is the founder and host of the annual Tengo Sed Writing Retreats in Costa Rica, an exclusive weeklong gathering of global BIPOC writers in Costa Rica. She was born in New York to Costa Rican/Panamanian parents and moved to Costa Rica eight years ago with her husband and two children.

Spanning as far back as 1997, this collection of poetry celebrates the life and memories of the poet and those he encountered and affirms that the memories of everyday life that we carry are worth not only remembering but worth sharing. 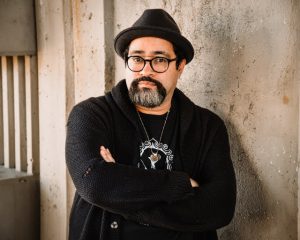 Samuel “Sami” Miranda grew up in the South Bronx and resides in Washington, DC. He is a visual artist, poet, and teacher who uses his craft to highlight the value of everyday people and places. His work is heavily influenced by Puerto Rican culture and family history, as well as his interactions with his students, people he encounters in his travels, and DC locals.

Much of his work is figurative and explores how the body and face illustrate the successes, hardships, and beliefs that people carry with them. He is the author of the chapbook Departure (Central Square Press) and We Is (Zozobra Publishing). He is currently working on collaborative projects with musicians and visual artists about the deep connections they are able to make through their artwork.

Thank you to everyone who attended and supported Dr. Gordon-Chipembere's book launch event at the Brooklyn Museum of Arts (@brooklynmuseum). Your presence at this celebration made it successful 🎉

A special thank you to @profyndia for capturing this moment!

Thank you to everyone who attended and supported @

"[Treat] hopes to share his novel with 'readers wh

We invite you to celebrate #LatinxHeritageMonth wi

TODAY IS THE DAY 🎉 Happy #pubdate to @natashag

"Amazing! This is a major contribution to understa

"I wasn't defensive about my Blackness. There was