The Last of Her 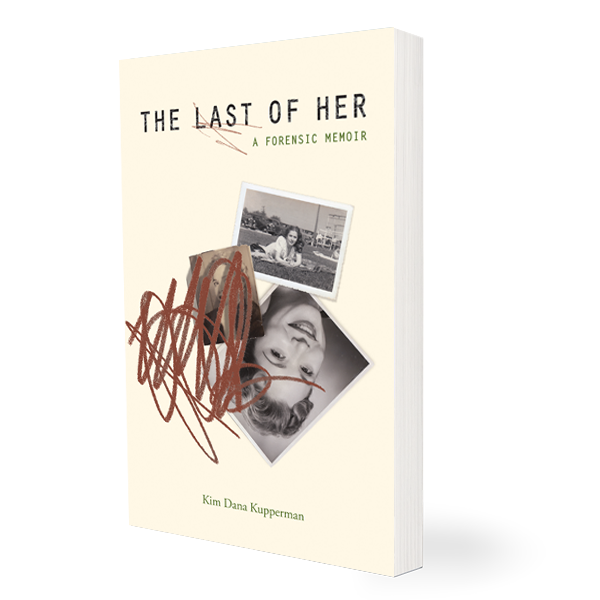 The Last of Her

Where does fiction begin and truth end? How does the telling of a white lie (adding or subtracting a year from one’s age) mutate into a darker complication (concealing a misdemeanor, stealing, or betraying a loved one)? Or worse, how does a small untruth transmogrify into a criminal act (fraud or attempted murder)? Moreover, when two different people are spinning the same narrative, whose version of the truth is to be believed? The excavation of an opaque past is the forensic aspect of this memoir, which attempts to answer such questions by uncovering the truth about one woman, Dolores Buxton, for whom the construction of artifice was so quotidian and whose lies became such a trap that, rather than tell the truth, she committed suicide.

The story, set mostly in an ever-changing Manhattan, unfolds in reverse chronology. The memoir uses diaries, court transcripts and records, interviews, historical documents, and letters to reconstruct five pivotal events in Dolores Buxton’s life: her 1989 suicide; the 1969 Supreme Court decree that finalized her separation from her only child; a 1958 indictment for attempted murder; a day in 1953 as a young executive in the cosmetics industry (and the anniversary of her mother’s death of multiple sclerosis); and her birth in 1929 (on the eve of the Great Depression), to a Jewish confidence man and his younger, Catholic wife.

Author Kim Dana Kupperman is Dolores’s daughter; her relentless probing unveils her mother’s bondage to the difficult legacy of her forebears. In the process of seeking to describe and grasp the constellation of circumstance and human interaction that results in criminal behavior, she attains, if not clear answers, at least a sense of redemption for having tried to understand what drove her mother to the desperation she chose to inhabit.

Be the first to review “The Last of Her” Cancel reply