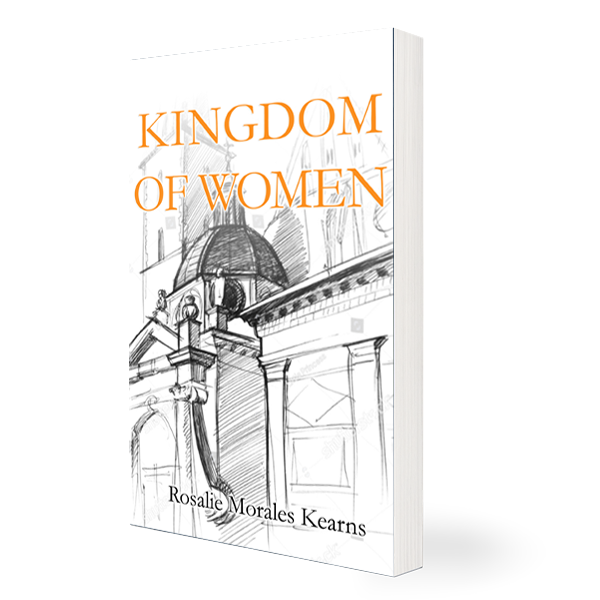 In a slightly alternate near-future, a female Roman Catholic priest grapples with unwanted religious visions and an obsessive affair with a younger man.

“A bold, politically minded tale with a spiritual soul.”—Kirkus Reviews

Women are forming vigilante groups to wreak vengeance on rapists, child abusers, and murderers of women. Averil Parnell, a female Roman Catholic priest, faces a dilemma: per the Golden Rule she should advise forgiveness, but as the lone survivor of an infamous massacre of women seminarians, she understands their anger.

Averil befriends Catherine Beck, a former military officer who, unbeknownst to Averil, has begun an assassination campaign against rapists and murderers of women. At the same time, she embarks on an obsessive affair with John Honig, a wealthy young man with a sordid past as a serial rapist. The three of them quickly form a dysfunctional triangle of attraction and repulsion, love and obsession.

Averil’s life becomes even more complicated when she starts having visions: She sees the souls of dead monks, converses with Jesus, slips into alternate realities.

She had wanted to be a scholar, before the trauma of the massacre. Later, all she wanted was a quiet life as a parish priest. But now she finds that she has become a mystic, and a central figure in the social upheaval that’s gathering momentum all over the world.

Kingdom of Women spans decades and delves into multiple points of view, not only highlighting the personal evolution of a complex, troubled individual but also exploring larger themes like the ethical implications of the use of violence against oppression, and the tension between justice and mercy, revenge and forgiveness.

Be the first to review “Kingdom of Women” Cancel reply