Shop your next book

Greer Michaels has come home to tend to his dying mother – but this means reckoning with the ghosts of his past. Set in 1977 in a small, segregated Southern town, As a River is a spare and lyrical exploration of family secrets, our struggles to understand each other, and the stories we tell ourselves in order to survive.

It’s 1977. Bannen, Georgia, nestled amid pine forests, is rife with contrasts: natural beauty and racial tension, small-town charm and long-term poverty. An unsettling place for a Black man who fled it years ago and has since traveled the world.

But Greer Michaels has to come home, to care for his dying mother.

And that means he’ll have to reckon with the devastating secret that had driven him away.

Greer’s story is intertwined with those of the people around him: His mother, Elizabeth, who once had a dazzling singing voice but fell silent years ago. Their neighbor Esse, who has turned to religion after her own traumatic past. Esse’s teenaged daughter, Ceiley, an insatiable reader with a burning curiosity about life beyond Bannen’s town limits.

Written in spare and lyrical prose, As a River moves back and forth across decades, evoking the mysterious play of memory as it touches upon shame and redemption, despair and connection. An exploration of family secrets rooted in the turbulent history of the segregated South, As a River is ultimately about our struggles to understand each other, and the stories we tell ourselves in order to survive.

Praise for As a River

“A heroic reminder of how fiction can point so clearly, so unimpeachably, at the truth of how things were, how things are.” – After the Pause

“An extraordinary debut, written with deep feeling yet elegant restraint, that makes us question our own assumptions about family, identity, and love.” – Julie Christine Johnson, author of The Crows of Beara and In Another Life

“Expertly crafted plot, lyrical prose, and an ending that brings us to the depths of life and death” – Independent Book Review

“Astonishing. Sion Dayson is a bright new talent, full of verve, bravery and poetry. Read this incandescent novel and prepare to be mesmerized.” – Rene Denfeld, bestselling author of The Child Finder and The Butterfly Girl

“A masterful debut…Read it for the questions it raises, the struggle it evokes, the connections it makes, and the compassion it incites.” – The Museum of Americana

“Reflective and lyrical…The river feels as fully realized as the novel’s richly drawn characters, and at certain moments it transcends them–like time itself.” – Small Press Picks 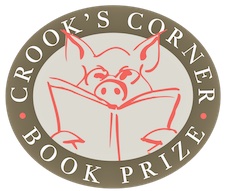 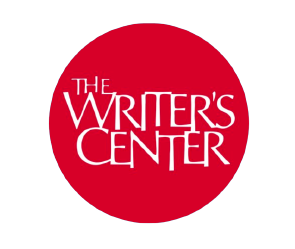 This week, we want to honor the brilliant Lorraine Hansberry, one of many writers to stand firm and grounded in their Blackness ✊🏾

This week, we want to honor the brilliant Lorraine