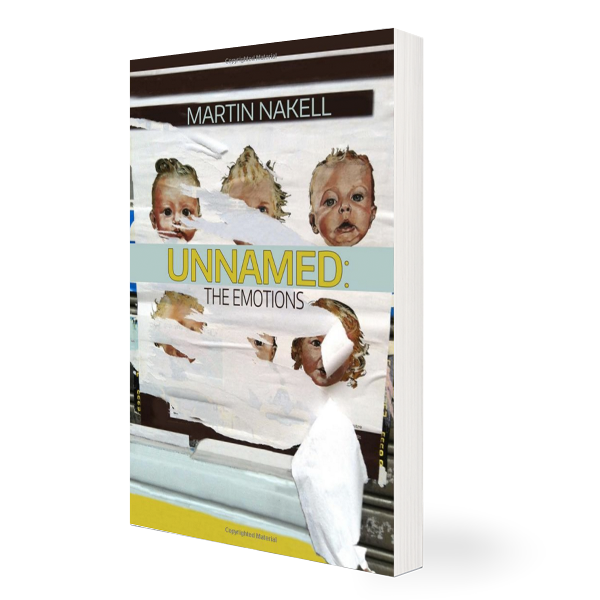 Touching on an extensive range of subjects, Unnamed: The Emotions, is a collection of poems which engage an extensive range of sensations – each poem aware of its desire to “express” emotions, while aware of the impossibility of naming, of capturing those emotions, of holding them still long enough to observe them. Instead, the writing, and then the reading, of these poems is an emotional experience itself, one in turn that can’t be captured. In “Rain: A Disquisition,” for example, the poet, using forms of repetition, attempts to exhaust the emotions that rain evokes in us, from “That rain which is eternity’s eternal ice” to “that rain in which friendship becomes eternally silent” to “that rain which forced sight to the limit of the objective world” to “that rain which we listen to, lying inside, all night, all day, appeased.” Each poem comes to the realization that emotion, like language, is inexhaustible, that it goes on almost without us, almost, but not quite, that its “unnamability,” which at first may seem frustrating or frightening or even melancholy, is its beauty, its strength, its importance.

Be the first to review “Unnamed: The Emotions” Cancel reply