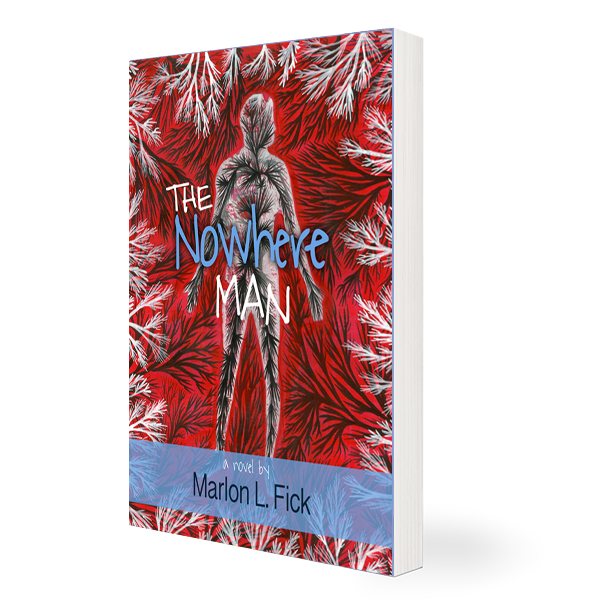 The Nowhere Man
a novel by
Marlon L. Fick
with original art by Christian Duran

“Marlon Fick is one of the most fluent writers in American today.” —Robert Haas
“Impressive and magnificent—a serene lyricism and narration which is both tender and passionate. Destined one day to be a classic.”
—Myriam Moscona for National Public TV, Mexico

“Marlon Fick is a writer of high energy, imagination, and intelligence. His work is for the human voice and the human ear.”
—Thomas Lux

The Nowhere Man follows the life and travels of an American novelist, Bolivar Collins, from his youth to adulthood through the later half of the 20th century, a time of war and political turmoil. Socially awkward and introverted, Collins looks for answers in books of philosophy, trying to understand the chaos around him and the chaos he feels. When he cannot find explanations for the mysteries of human behavior, human sexuality, love, war, etc., he attempts to apply philosophical explanations, which in turn results in a dark irony. Rapid changes in settings—from the United States, to France and Spain, then to Gabon, the Congo, and Zaire, then to Cuba, Nicaragua, and Mexico—echo Collin’s own evolution, while external forces beyond his control place him directly in the path of history: The man, who began as a bookish adolescent, is compelled to participate in the Nicaraguan Civil War, presumably as “a spy.” Caught between allegiances—the United States vs. his family, now Cuban—Collins becomes a fugitive, wanted by the FBI and the CIA.

Be the first to review “The Nowhere Man” Cancel reply