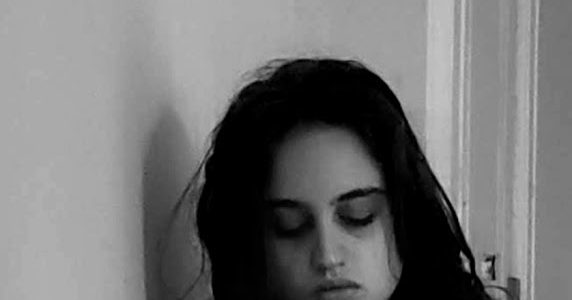 i went to a grocery store with an imaginary boy let’s call him jack, jack and i went to the grocery store and jack started to cry in the frozen goods section but we don’t know why. neither jack nor i know why he began to cry in the aisle next to the frozen peas. i looked at him and i said, well i don’t want to get you down i don’t want to get anyone down and that is what got him down, so to speak, but i hadn’t said anything and the boy wasn’t crying so we went to buy some milk because that is after all, what we came to the store to buy.

i got very tired one day and i didn’t get up and nothing happened. the postman woke and he delivered on the other side of the door and the small animals crept around the spaces of the house and the cats raised their hackles about the neighborhood and a man spraying the fresh concrete shouted up at the sky that it was all done and painted but he wasn’t talking to god he was talking to another man and three old women in white stood outside a catholic church and talked in a very minute and particular way about very lovely small things and they grew closer and closer about the virgin mary and i didn’t get up and then the sun fell through the windows and cracks in my house (and through the cracks in my eyes, the cracks in my skull perhaps to penetrate some strange and ancient heart like an unlikely universe tucked in the darkening but this was not so and this was not so and this was not

we didn’t buy anything at the grocery store. we drove there and jack wandered through the aisles singing about someone who had died and i slipped a block of cheese into my bag and then we both walked out and didn’t say anything and a woman who worked there came up to us to wish us a nice day and jack said yes, it is a very nice day in fact though jack didn’t know yet that he didn’t exist and that i made him up merely for the purpose of detailing this brief and entirely fictional episode which is also so pointless) because in fact, i had never gotten up, though i was wide awake i dreamed through the hours in a dark and i thought i was dying and it was true, i was dying and i thought i was living, and it was true, there was nothing more horrifying.

we went to vermont to observe a man who, in being, barebacked, betrayed
that he was a laborer and she said that she liked that his body said it was so.

while the boy who was meant to be in the woods cried because he was leaving
her in the parking lot
outside the national guard and then we drove back from vermont.

he went into the woods as we made new living rooms and hung lights and rearranged the artifice of our very separate
and seemingly predestined lives and she said it was a beautiful day and it was a beautiful day and soon it would be over but for the several motorcyclists as they made their way over the horizon and into the dusk of our lives that were not our lives any longer and i couldn’t hold anything in my hands any longer, and the sun grazed my face in its everlasting light as it sunk and sunk and there were large pockets of air sucked in and out of his chest as he sobbed which was not even uncanny, it was normal.

and tragedy was boring, and nothing made sense and we were wrapped like saplings around each other in a dead fog, grown into and out of the earth with only the sullen protestations of ourselves
but i wanted to feel at home when we reached the morgue or onward for the mass burial in an unnamed pit on an island where nobody can feel our unfeelingness, that is

and i have already encountered this, it’s true but these days mostly, i am most familiar with the bus station between here and maryland or is it delaware i know it when i see it, it makes my heart swell like a strange ugly beast blindly faltering its way through the orifices of mother earth who lies in coma through the toxic frenzy of our lives and she said it was a beautiful day.

and it was beautiful, i could find you in your house, your bones cracked and uncracked in everlasting light and i could look you in the eye, i could say hello.
i could run myself into the ground or a clear bottomless lake thoughtlessly, with all the world of dreaming held intact though i knew what it was i could not hold anything, not even the dying sun, or the moon as it fades from us as we lose the children of ourselves and so are plunged into ultimate undoing.

to know that you will and have and continue to exist is a miracle were it just a thought i had on a rainy day when i was walking by myself as the sky collected its darkness into a sound that was like quietude or even nakedness. and synonymously,that you and i come to the end it is no question but the barest certainty of my brief and unconscionable soul.

What does genre mean to you and how does it build/unbuild your work?

I am not very attentive to genre, especially when it comes to poetry because I think a poem is something that comes naturally (though not carelessly). I’m afraid that writing about writing involves dwelling in the ambiguity, or maybe the beauty is in the ambiguity, at least because it’s in some ways just a feeling. But if one were to get really scientific about the art form, one might say all sorts of things that are at least relevant to the mode of expression. Therefore, to get specific, I might say that I generally try to construct the tightest images of real events, these that correspond with an emotion, which in turn, relates to a philosophical idea that is at the heart of each poem. In this way, the exactness of the image becomes quite important to relaying a particular emotion and overarching concept. Sometimes I think that identifying the concept itself is impossible given the fact that the poem exists as testament to it, so can it really exist any other way and still be true to the particular meaning it has within that form? However, were I to delineate themes of the concepts I consider in my poetry, things like love, death, loss, the wonder of the natural world, and connections to oneself and to other people come to mind. The exact idea of each poem is articulated figuratively within the poem, and the emotions that align with this are those experienced by both the writer and reader. And so, it assumes its form in accordance to these meanings.

Elena Botts grew up in the Washington DC area, lived briefly in Berlin and Johannesburg, and has attended college in upstate New York and NYC. She is a poet, writer, and artist. She has won four poetry contests, including ‘Word Works Young Poets’. Her poetry has been exhibited at galleries in the Hudson Valley and DC areas, as well as across the country. Check out her poetry books, a little luminescence​, from Allbook-Books (2011), we’ll beachcomb for their broken bones,​ through Coffeetown Press (2015), the sadness of snow,​ through Transcendent Zero Press (2017), and a poetry chapbook through Red Ochre Press (2013).